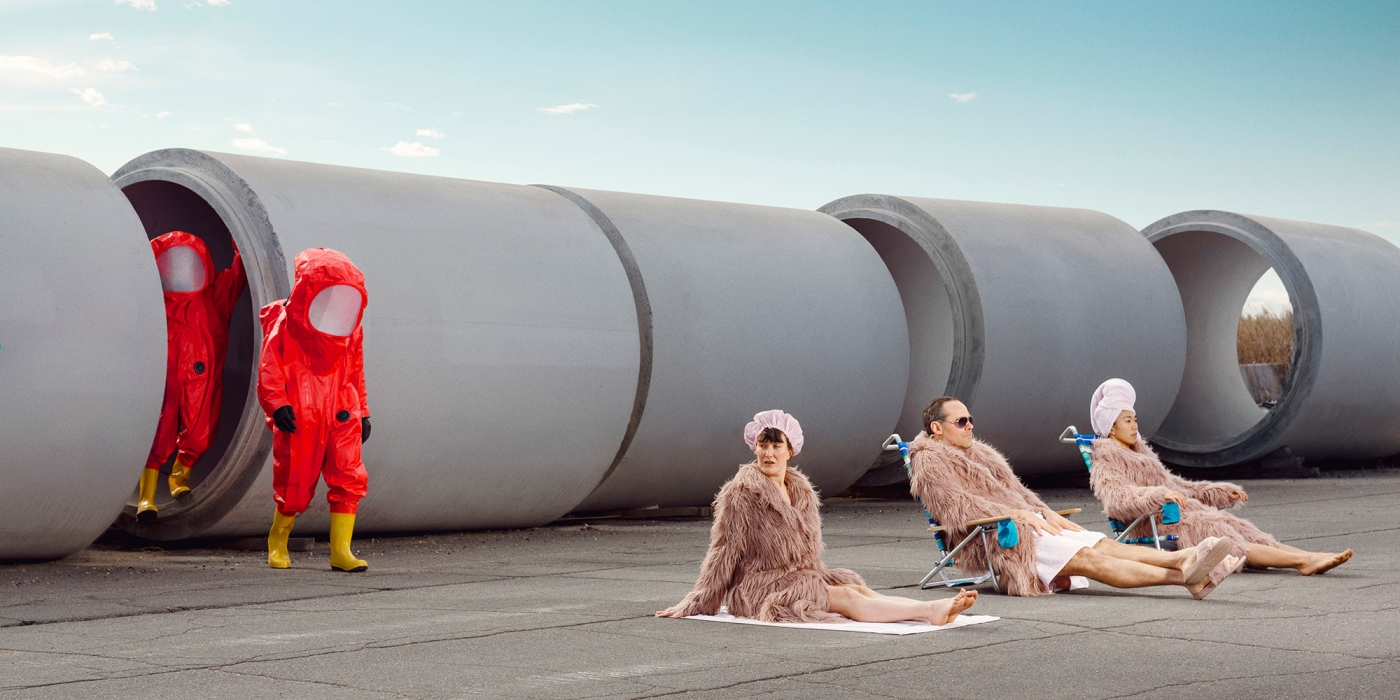 2019 Premiered in the 2019 Philadelphia Fringe Festival
A large-scale work of visual theatre inspired by urban infrastructure and its effect on the human body.
“When I see a huge refinery, with its vast and intricate system of metal pipes, tanks, catwalks, I feel inexplicably emotional. Why do these structures evoke in my body such a deep-seated feeling of pleasure and despair?”—Mimi Lien
Refineries, dams, and wastewater treatment plants tower over us and sprawl beneath us. These massive works of infrastructure seem almost anti-human in their complexity and scale—like machines that run themselves—but they are the beating hearts that allow a city to function.
A world premiere by Pig Iron Theatre Company and award-winning designer Mimi Lien, Superterranean is a new work of visual theatre driven by Lien’s fascinations with urban infrastructure acting in concert with the human body.
On the outskirts of an unknown city, massive structures emerge from the murk. Here, nine performers embody our hunger for permanence, our dreams of utopia, and the melancholy contemplation of our skin, our organs, and our deepest urges.
Superterranean will premiere September 5-15 in the 2019 Philadelphia Fringe Festival.
Get Tickets

Engage with the Ideas Behind Superterranean

Dive into the terrifying and awe-inspiring world of Superterranean by participating in this panel conversation with writers, artists, and architects. See the world around you in a whole new way as they discuss the invisible structures that dictate our daily behavior. Featuring Conrad Benner (founder and editor of the Streets Dept. blog), Annette Fierro (Associate Chair of Architecture at the University of Pennsylvania), and Superterranean lead artist Mimi Lien.

Superterranean has been supported by The Pew Center for Arts & Heritage.

"...daring, transgressive Pig Iron is known for going big and scoring, and Superterranean continues that tradition. Lien and company have hit on a deep, familiar...
The Philadelphia Inquirer on Superterranean