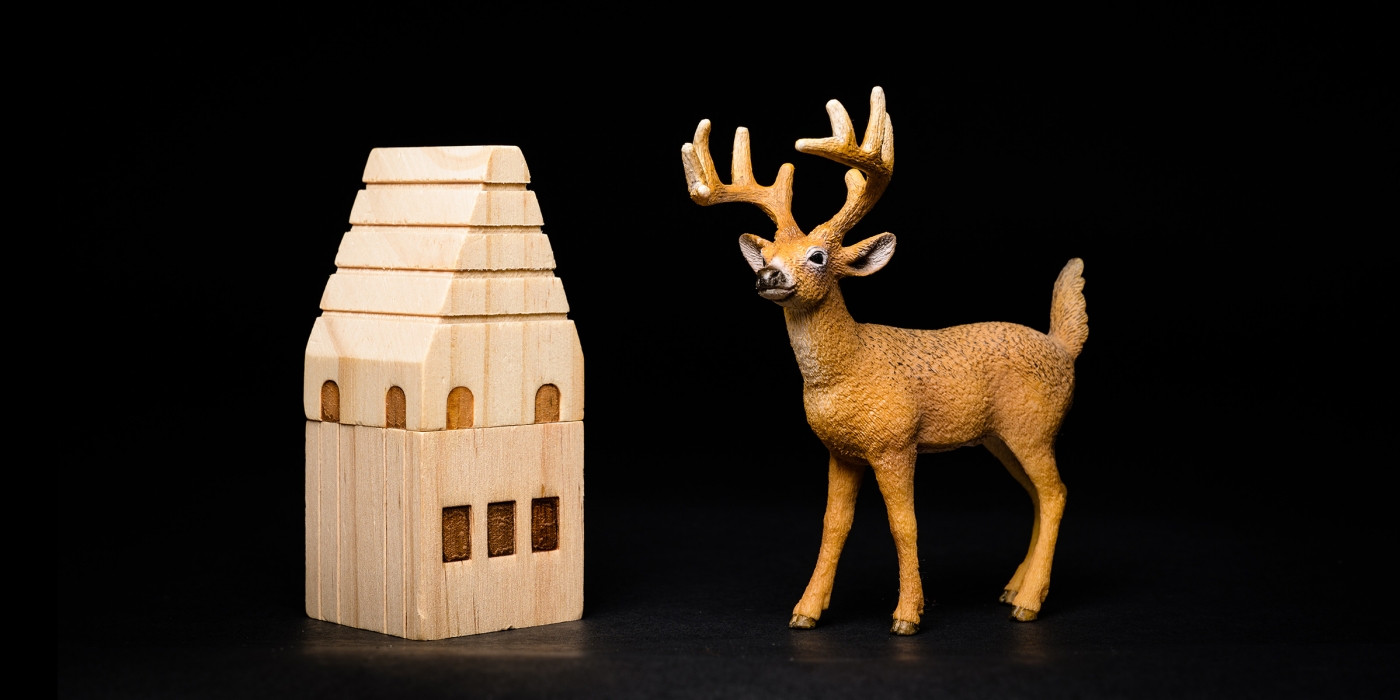 We reimagined Toshiki Okada’s Zero Cost House for Zoom. And...we liked it better than the original! So we brought it back–for five performances only.

Helen Shaw of New York Magazine called it “a deeply moral play” which did its work on her over time: “I think about that show weekly. It haunts me.” New York placed the Zoom play on the “Highbrow/Brilliant” end of the magazine’s Approval Spectrum, citing Dan Rothenberg’s "elegant direction.”

Rothenberg on the backstory: “Back in 2010, Pig Iron commissioned Japanese playwright Toshiki Okada to create a new play with us. As we began to work on the piece, the earthquake, tsunami and Fukushima nuclear disaster reordered life in Japan, and Toshiki’s life as well. So Toshiki changed course–in life and in the script he was writing. He left Tokyo and moved west with his family to Kumamoto…’the Columbus, Ohio, of Japan.’ And this was at a time when radiation levels, and contamination of food sources, in Tokyo were fairly unknown. So, like now, there was a lot of confusion and disagreement about safety, about responsibility to your family, and to your city.”

Zero Cost House charts Toshiki’s physical and ethical journey through that time. And Toshiki’s writing–as deeply interior as Samuel Beckett’s, and with a flair for the super-casual that reminds you of Annie Baker–seems ideally suited to Zoom. Toshiki’s company in Japan is called “chelfitsch”–a play on the English word “selfish.” His characters always have one eye on themselves–which, when you think about it, is what we all are doing on Zoom these days.

Will Brill is a theatre artist and human person based in NYC. Past work includes Oklahoma!, You Can’t Take It With You, and Act One on Broadway; Our Town, Tribes, and Illyria, off Broadway; The OA and The Marvelous Mrs. Maisel on streaming platforms; and Not Fade Away, The Eyes of My Mother, Slice, Ride, and, soon, Test Pattern, in movie theatres. He has two dogs.

Rucyl Frison is a sound and new media artist. Her work revolves around a live experimentation performance process, centering sound as a medium to represent the non-tactile concepts of time, emotion, identity, and physics. During her live performances she uses midi controllers, loopers and effects processors. As an original member of alternative hiphop group The Goats, and experimental electronic group Saturn Never Sleeps, she has performed internationally at museums and festivals. Recent projects include live performance and sound design for Kaneza Schaal’s Jack &, sound design for off-broadway play Anatomy of a Suicide, and Sound Prism (2016), a solar powered sonic system installation that plays the frequencies of the color spectrum, currently installed at Organizmo Design Center in Bogota, Colombia. She received her Master’s degree from ITP art and engineering program at NYU Tisch.

Maiko Matsushima is Philadelphia-based visual artist and costume/scenic designer. She works in both the traditional theater, on and off Broadway, and in experimental dance and devised performance. Her designs have been seen at Philadelphia’s Wilma Theater, Arden, BalletX, Headlong Dance Theater, and Pig Iron, as well as in Broadway productions such as Spring Awakening, Radio Golf, Assassins, and Pacific Overture. She is the associate costume designer for Wicked Japan.After working as a theatrical designer in Tokyo, New York and regional theaters around the U.S. for two decades, Matsushima is now joined with David Brick, a co-founder of Headlong, in creating publicly engaged art. Their most recent collaboration was The Quiet Circus, http://thequietcircus.com/ a 15-month residency at the Washington Avenue Green that led to free weekly performances with a porous cast (audience members could participate) and a series of outdoor installations and games that audience members touched and operated.

Mary McCool is an artist, comedian, & writer ­– seen in 4 previous Pig Iron shows. For her solo work, named one of Philadelphia Magazine’s “artists to watch” in 2016 & 2017, and artist-in-residence with fellowships at The Kimmel Center, 1812 Productions, FringeArts. She also works as a copywriter, creative consultant & strategist for national brands. Her clients have gone on to successful exits, increased sales, and garnered passionate followings. Her recent show, A2B, unpacks transitioning from the art world into business. Visit marymccool(dot)com and sign up for the ol’ mailing list – she will rarely bother you. Thanks PITC for ZCHZ <3

Aigner Mizzelle is an NYU Tisch graduate from Playwrights Horizons Theater School. Her discipline extends beyond acting to include writing, movement, teaching, visual arts and activism. She most recently appeared as La’Trice in Douglas Lyons’ Chicken & Biscuits at Queens Theatre. Currently, she has the pleasure of playing Past Okada in Toshiki Okada’s Zero Cost House. Special thanks to her parents, her lineage, Claire Rothrock and Max Reuben.

Aya Ogawa is a Tokyo-born, Brooklyn-based playwright, director, performer and translator whose work reflects an international viewpoint and utilizes the stage as a space for exploring cultural identity and other facets of the immigrant experience. The plays she created and directed include The Nosebleed (Incoming! Under the Radar), Ludic Proxy (The Play Company), and oph3lia (HERE). Most recently she directed Haruna Lee’s Suicide Forest at The Bushwick Starr and its off-Broadway remount for Ma-Yi Theater. She has translated numerous plays by Toshiki Okada and other contemporary Japanese playwrights into English that have been published and produced in the U.S. and U.K. ayaogawa.com

Born in Yokohama in 1973, Toshiki Okada’s work has attracted attention for the way in which it overturns the conventions of theatre. He was awarded the 49th Kishida Kunio Drama Award for “Five Days in March,” the 2nd Oe Kenzaburo Award for “The End of the Special Time We Were Allowed,” and the 27th Yomiuri Theater Awards Selection Committee Special Prize for "Pratthana - A Portrait of Possession,” a collaboration with artists from Thailand. He has directed works in a repertory program at Münchner Kammerspiele for four consecutive seasons from 2016-2020. "The Vacuum Cleaner" was selected as one of the “ten remarkable productions” by Theatertreffen 2020.

Adam Swez is thrilled to continue his work with Zero Cost House. He is a stage manager and Pig Iron Theatre Company’s Assistant Production Manager. He is a graduate of the University of North Carolina-Chapel Hill.

Alex Torra is a Philadelphia-based director, actor, and producer. With Pig Iron, he has served as Associate Artistic Director (2007-2011) and Associate Artist (2007-present), where he's worked on nearly a dozen original works. He also co-founded devising ensemble Team Sunshine Performance Corporation in 2010 where he directs all the company’s major projects. In 2018, Alex received a Pew Fellowship in the Arts, and he is also a past recipient of fellowships from the Independence Foundation, the Princess Grace Foundation, Oregon Shakespeare Festival, the Drama League, among others. He currently serves as a Visiting Assistant Professor at Swarthmore College. B.A. University of Pennsylvania; M.F.A. Brown University.

Saori Tsukada is a NYC based creator/performer who is known for her “astoundingly precise movements” (Irish Times) and “carefree charisma” (VillageVoice). She has worked with a wide range of artists including composer John Moran, Joe Diebes, playwright/director Aya Ogawa, choreographer Yoshiko Chuma, Catherine Galasso. With film/theatre-maker Nikki Appino, she has co-created Club Diamond which premiered at Public Theater as part of Under the Radar Festival. Most recently she appeared in Pig Iron Theater Company’s SUPERTERRANEAN (Philadelphia Fringe Festival), and Joseph Keckler’s LET ME DIE (Opera Philadelphia).

"I think about that show weekly. It haunts me."
Vulture on Zero Cost House (for Zoom)